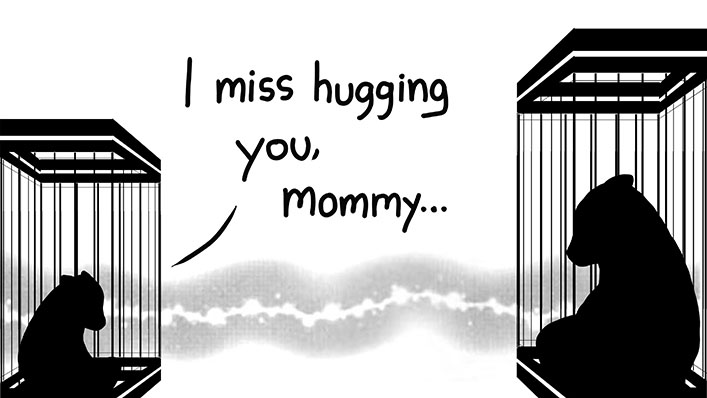 Why is bile is extracted from bears’ gall bladders? It is a practice which began in the Chinese Tang Dynasty (659 A.D.) for use in Traditional Chinese Medicine due to its’ alleged healing powers.

The industrialisation of this process was introduced by North Korea to China in the 1980s, and since then bears have been kept in captivity in Asian bear bile facilities, particularly Vietnam, Korea, China, Laos and Myanmar. 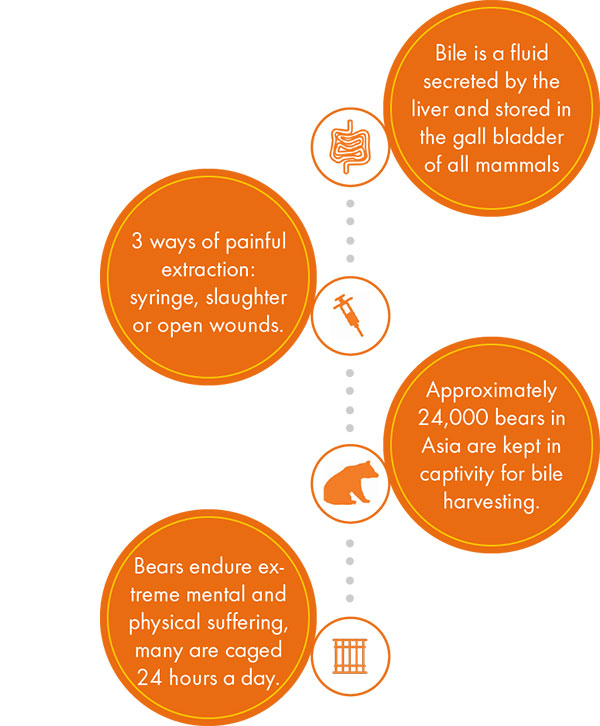 “The exploitation of captive bears for their bile is one of the worst examples of animal cruelty in the world today, so we’re thrilled to have worked with Rewriting Extinction on this touching and creative project to raise awareness and support, to help bring it to an end. For 30 years now, World Animal Protection has been campaigning to put an end to the suffering of bears worldwide and we are committed to continue changing the system, policies and mindset that allow cruel farming of bears and other wildlife for commercial exploitation.” Gilbert Sape, Global Head of Campaign, World Animal Protection

Why use bear bile products?

Which calls into question the true purpose of this industry, given that all methods of extracting bile from live bears cause severe distress and pain. And open wounds from extractions can lead to infections, chronic illness and death.

How you can help

Other ways to help