HOW MUCH DID THAT COST? 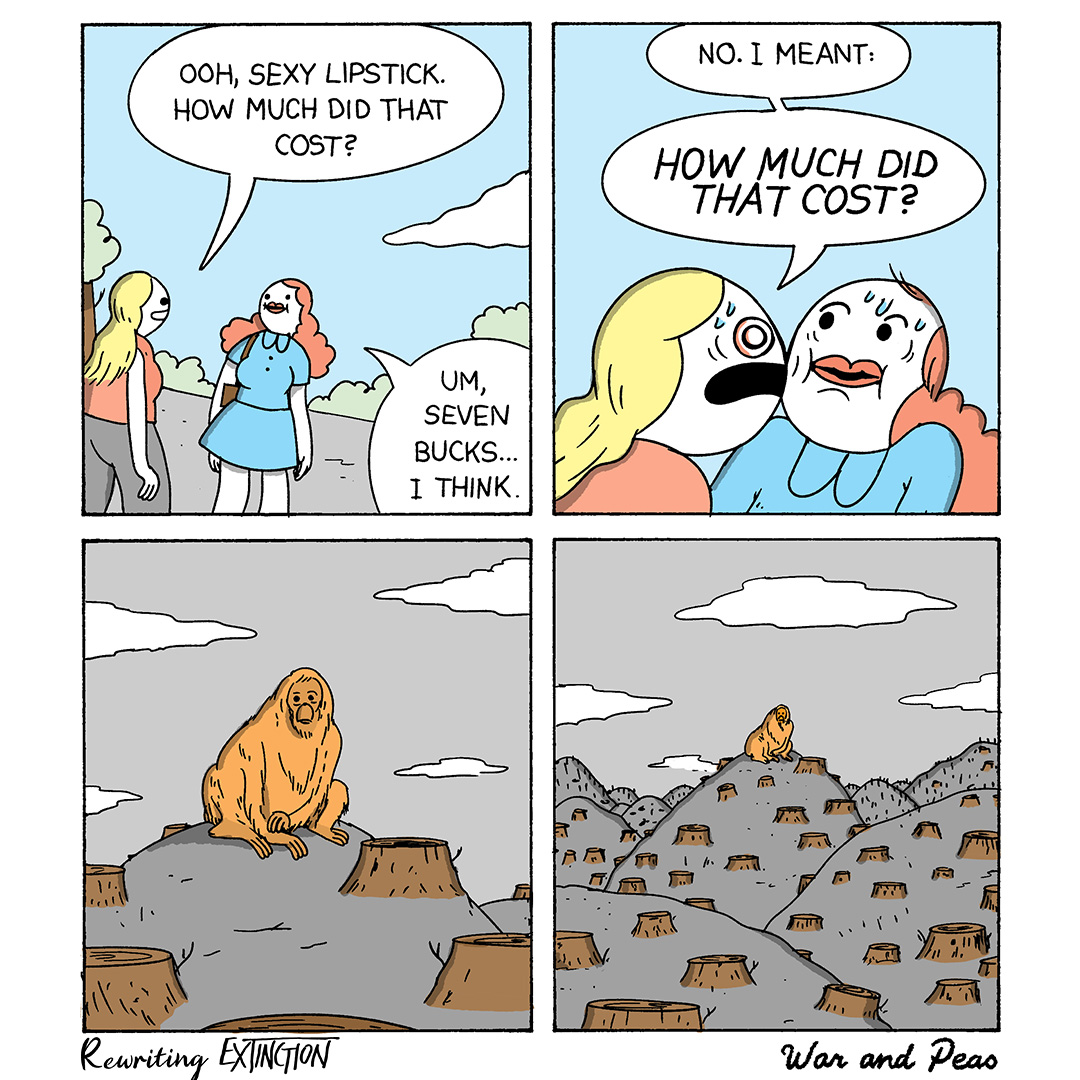 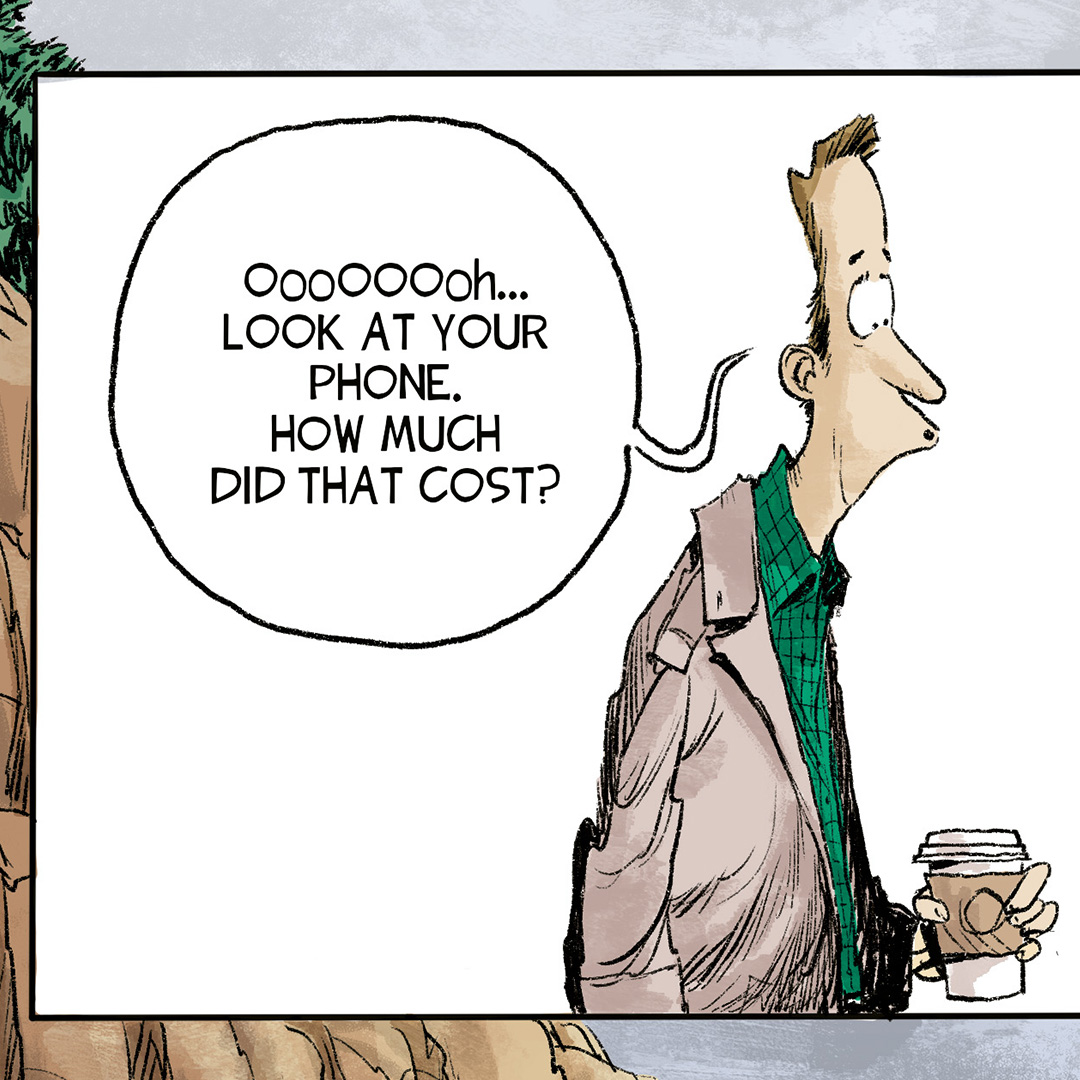 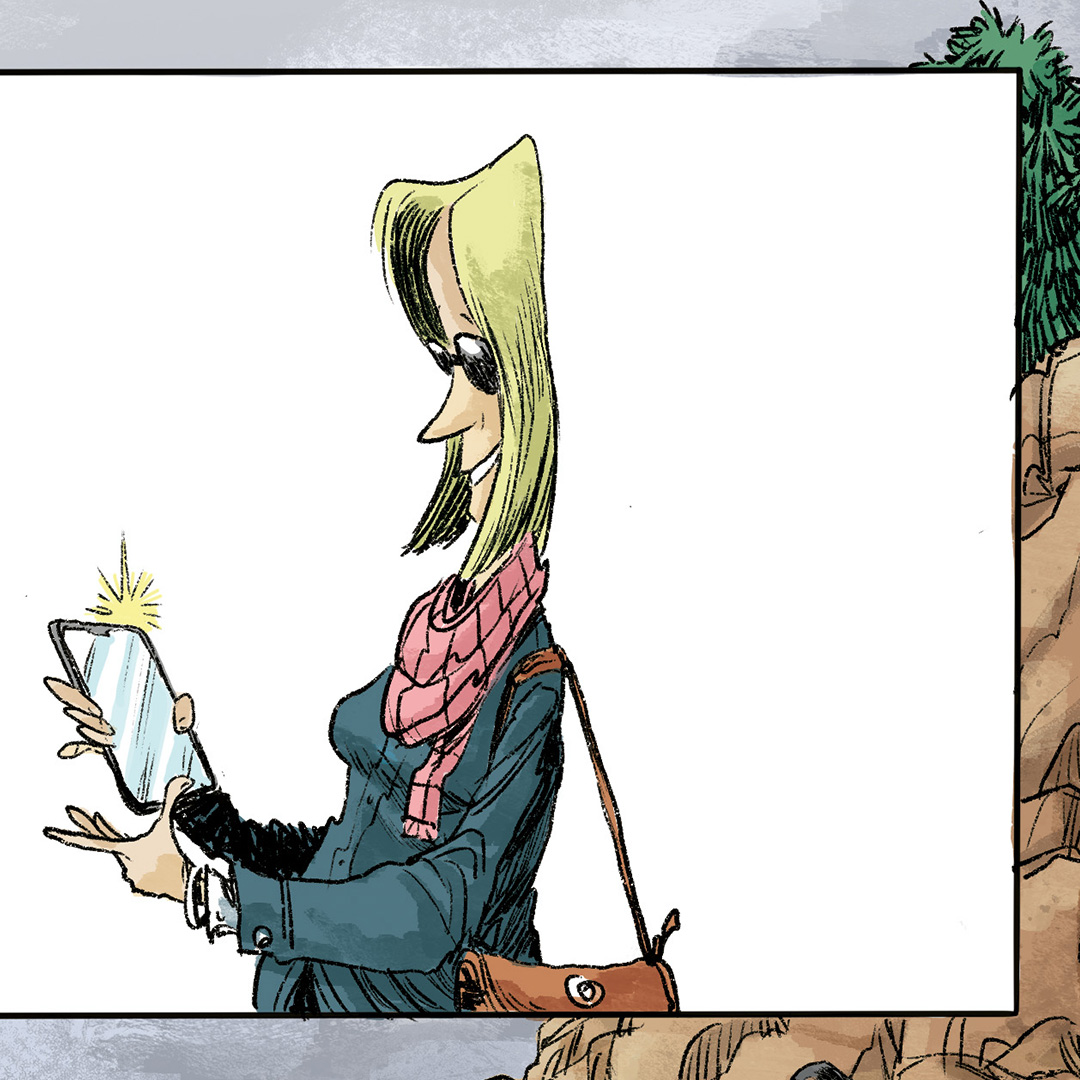 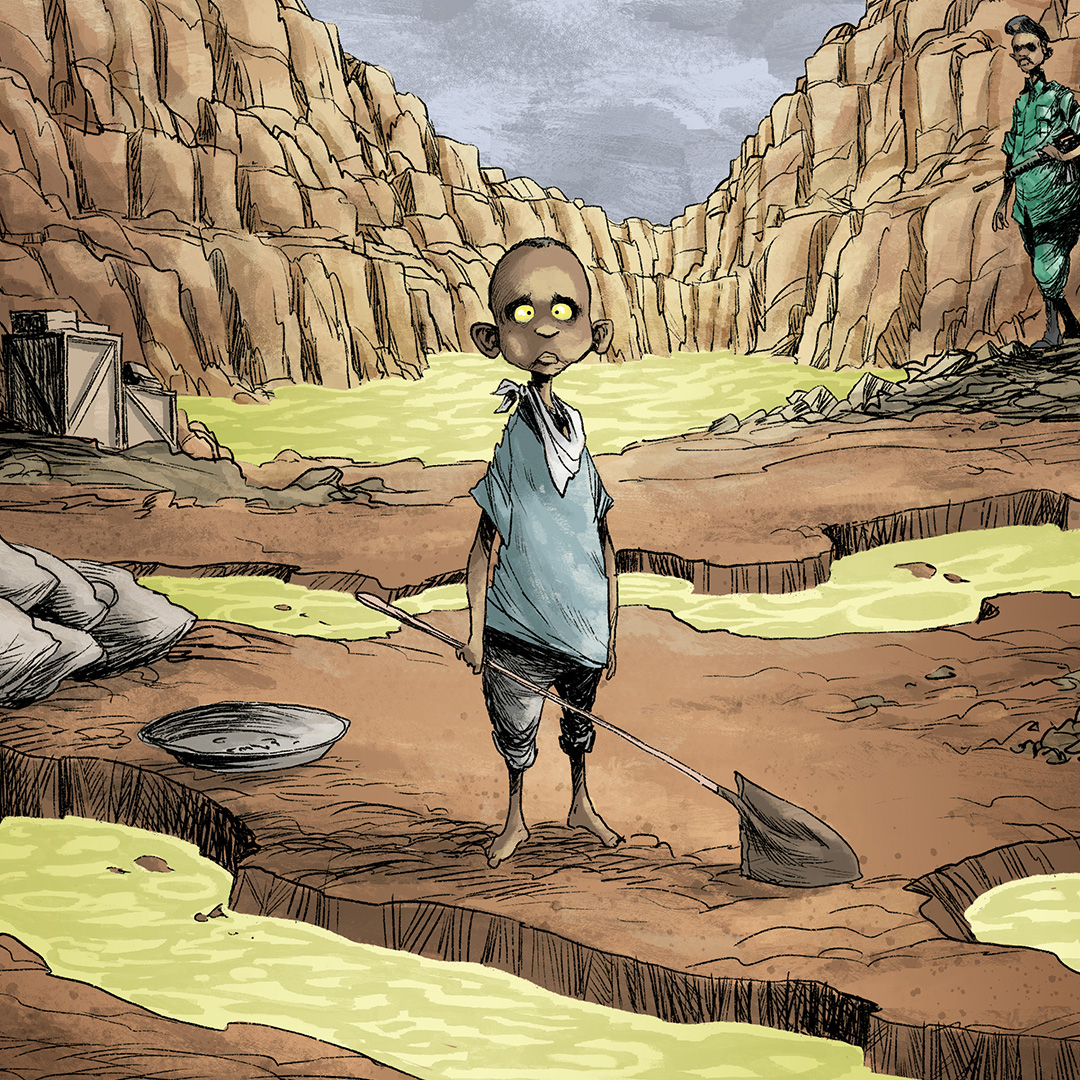 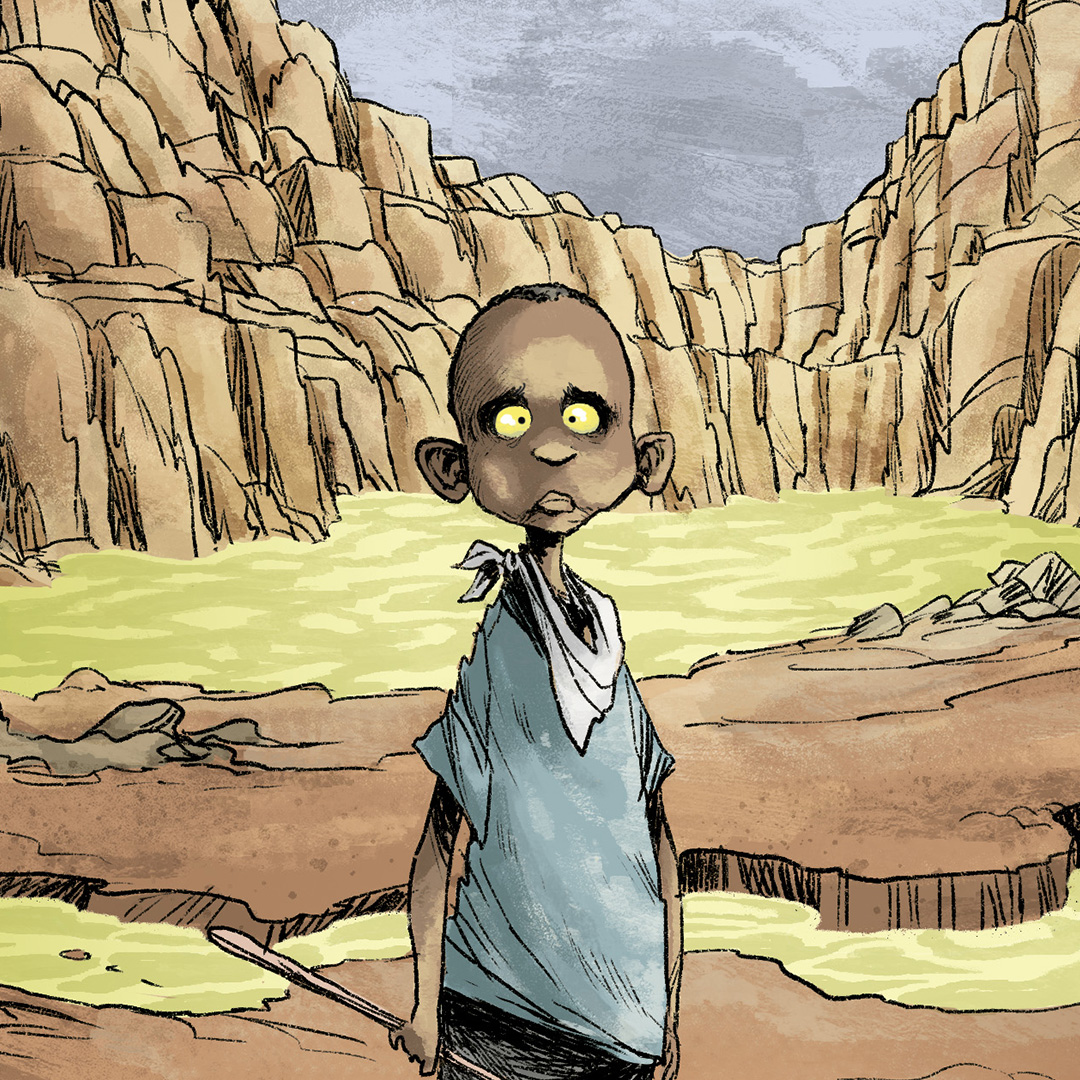 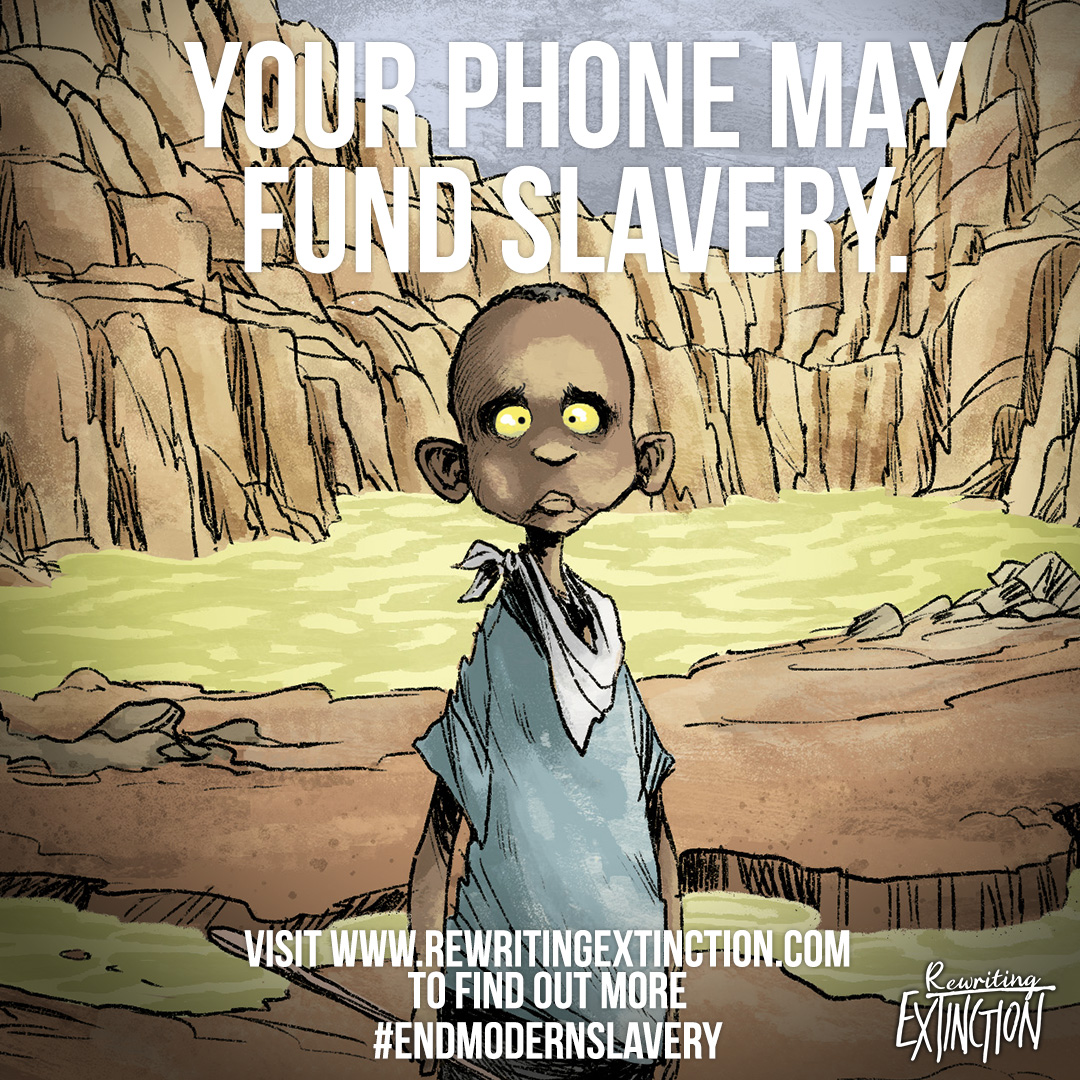 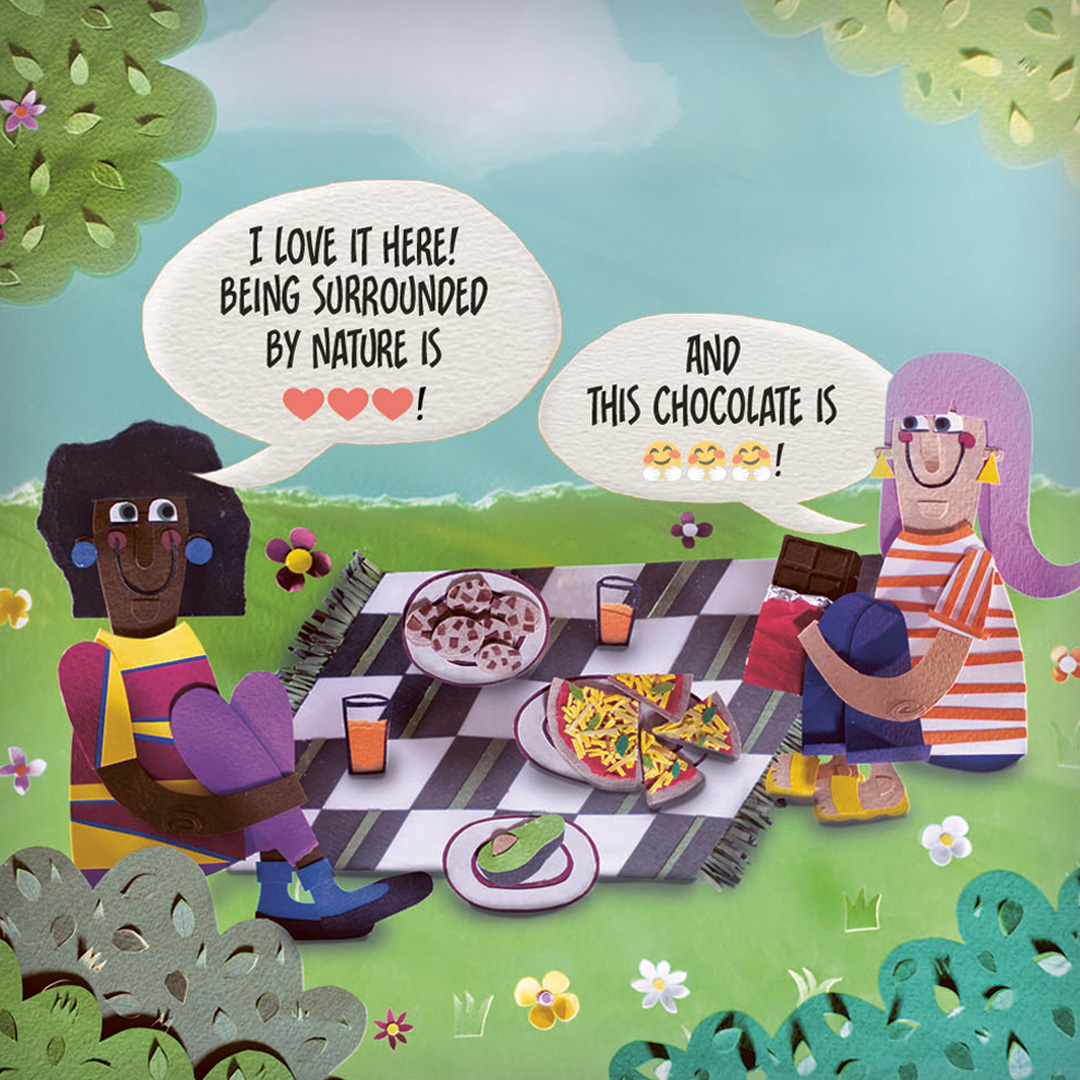 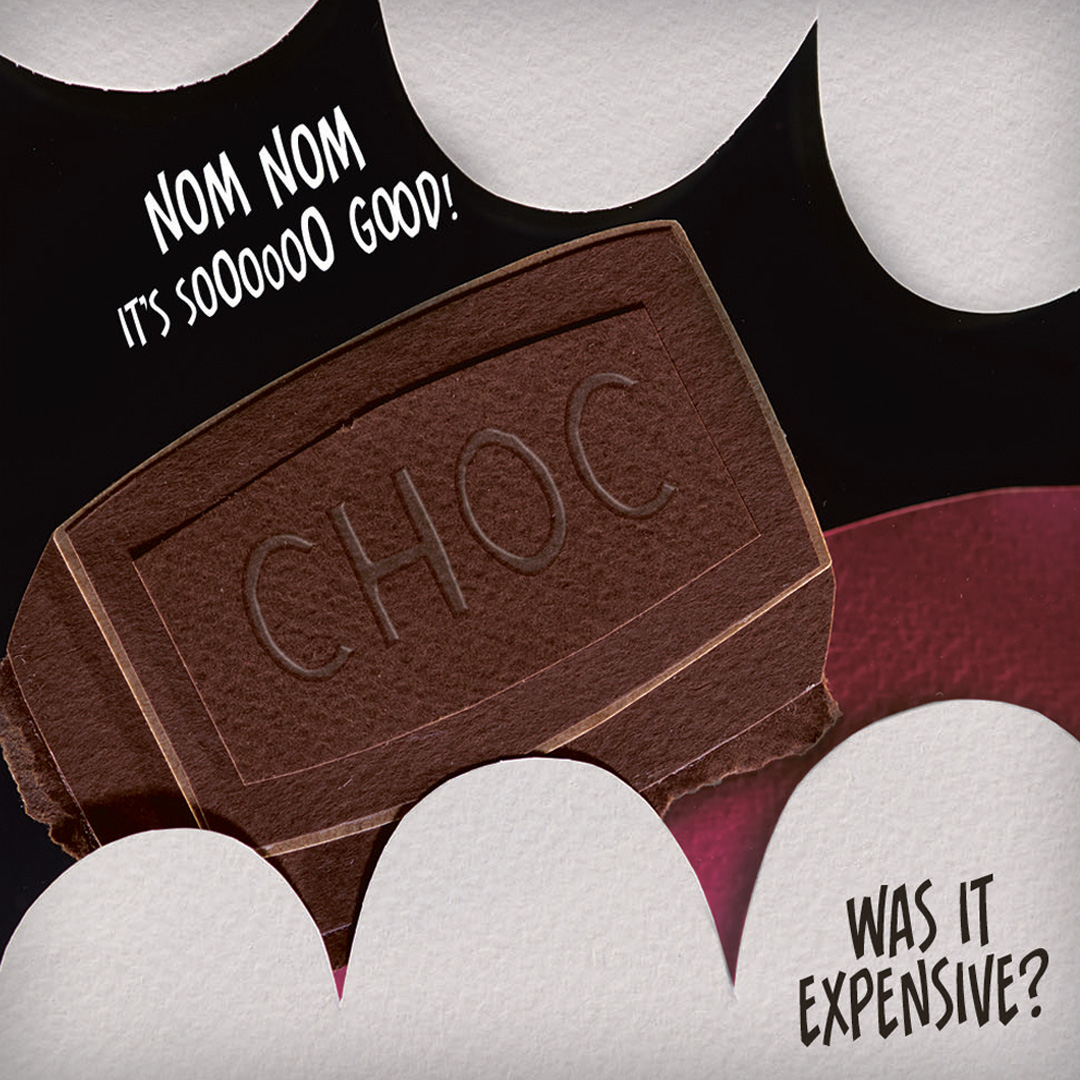 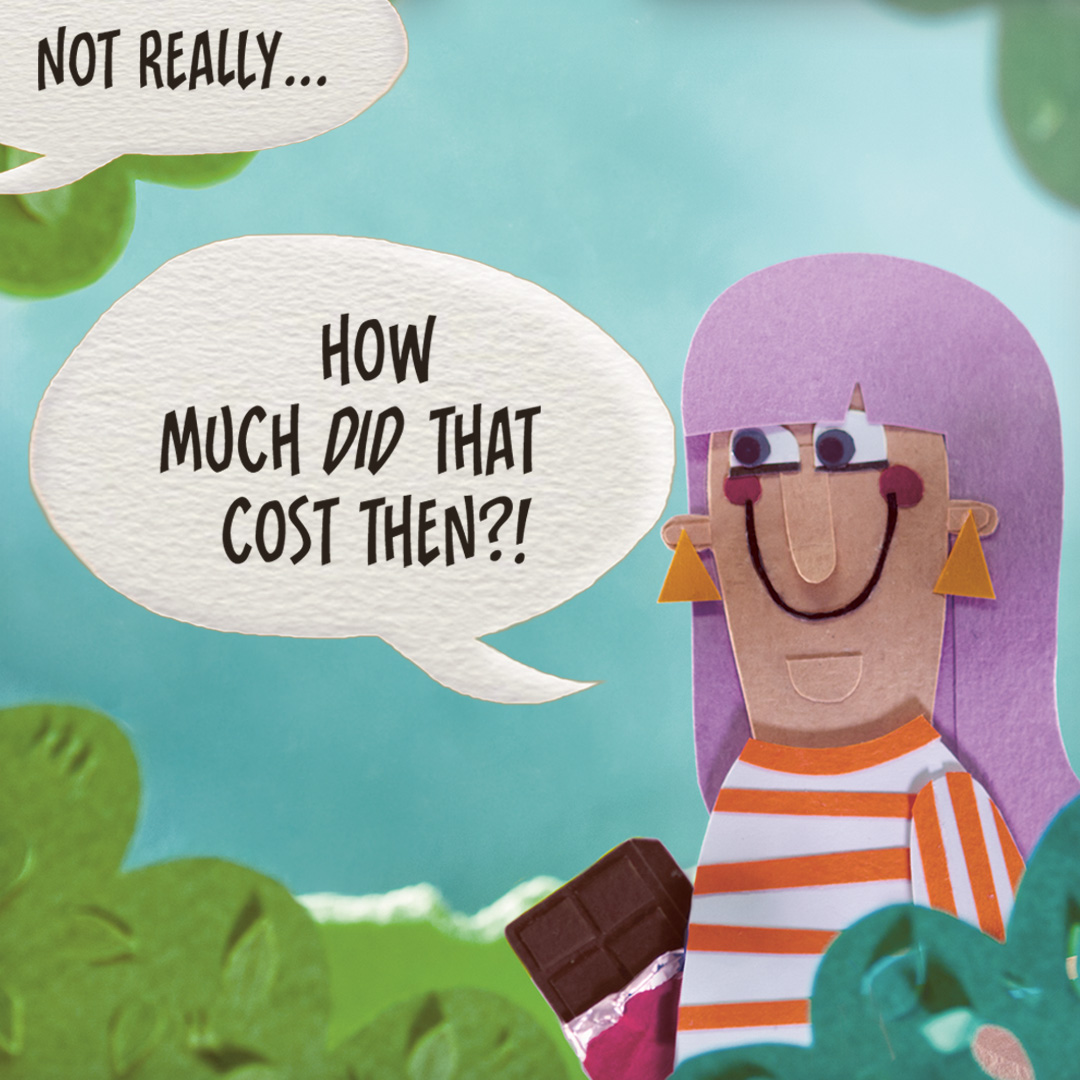 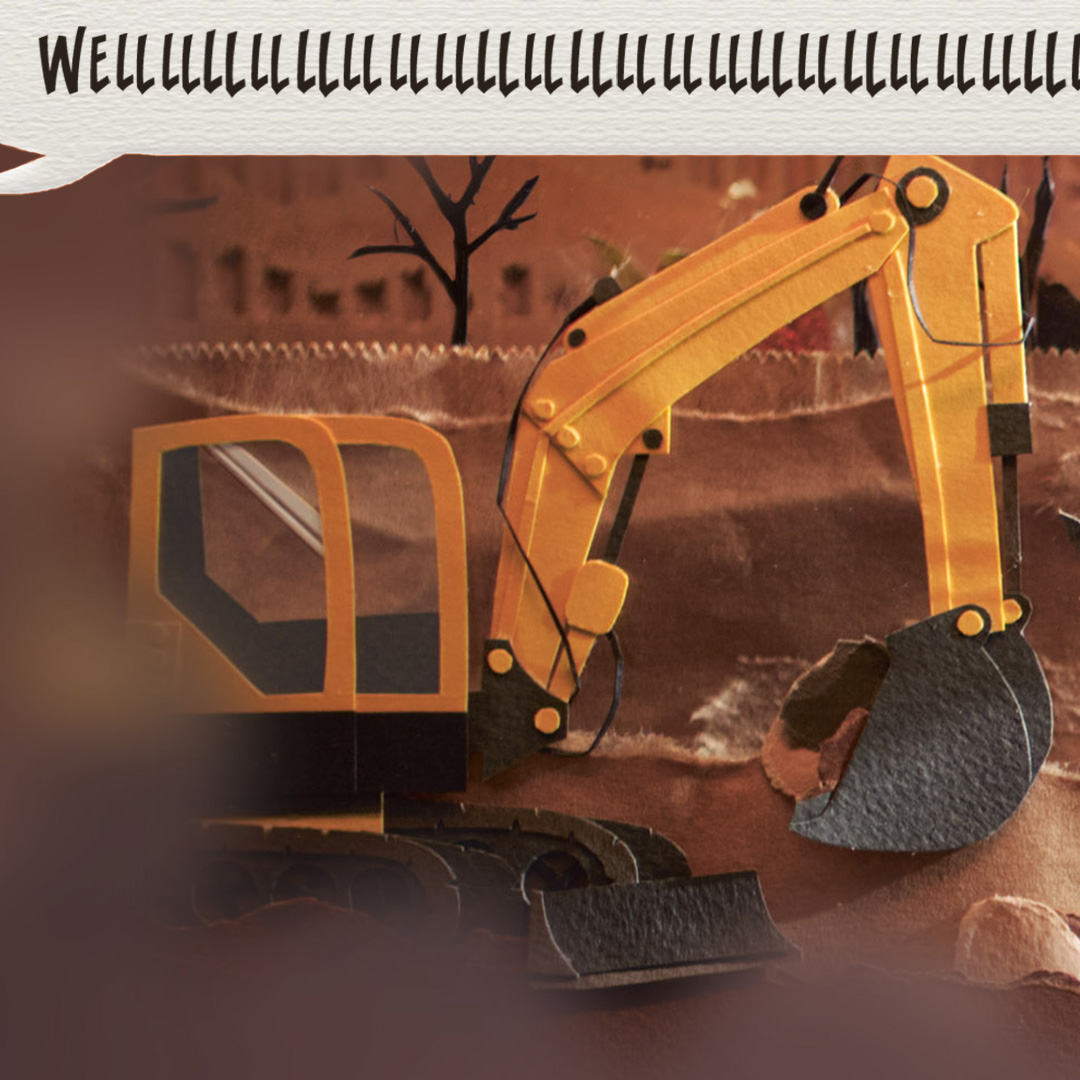 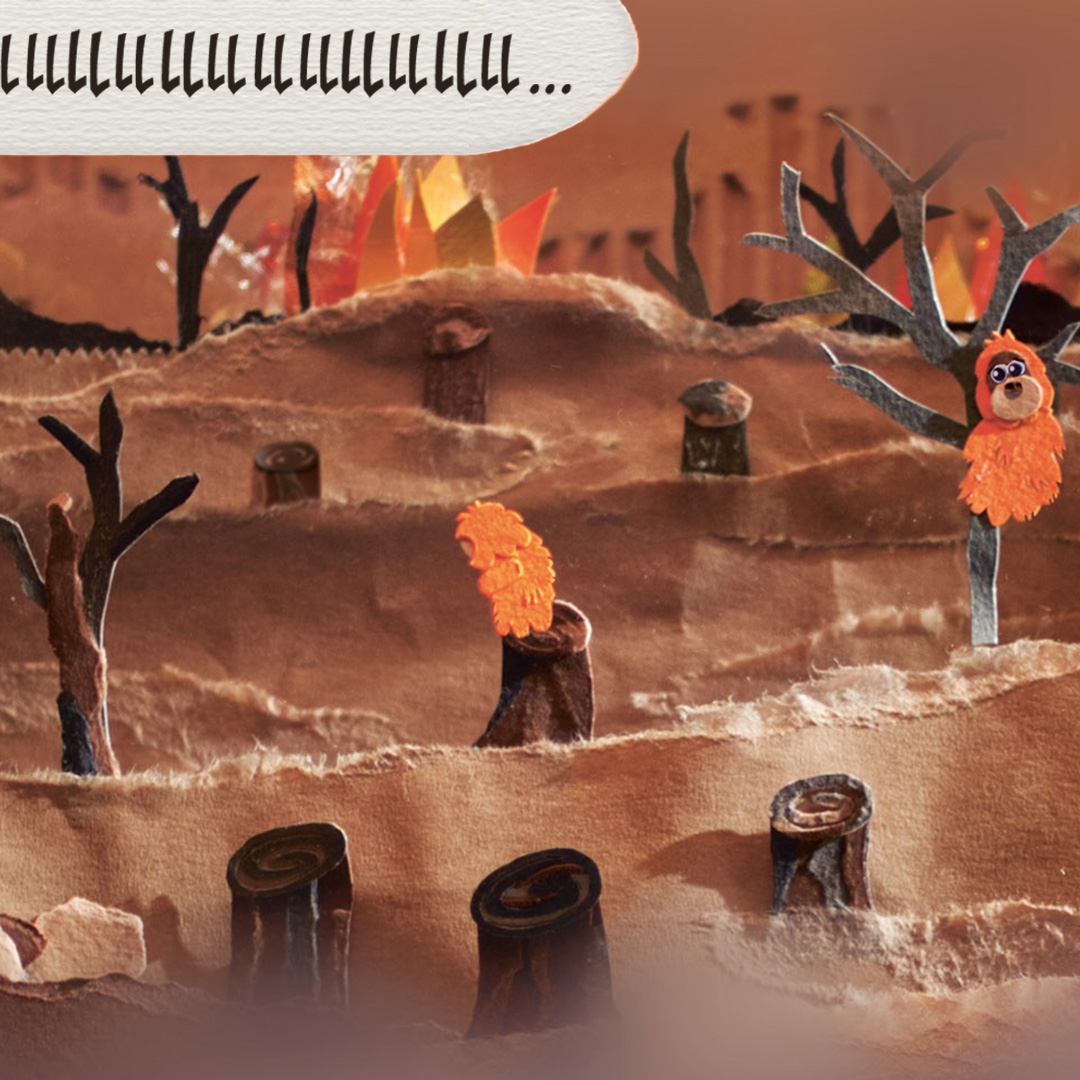 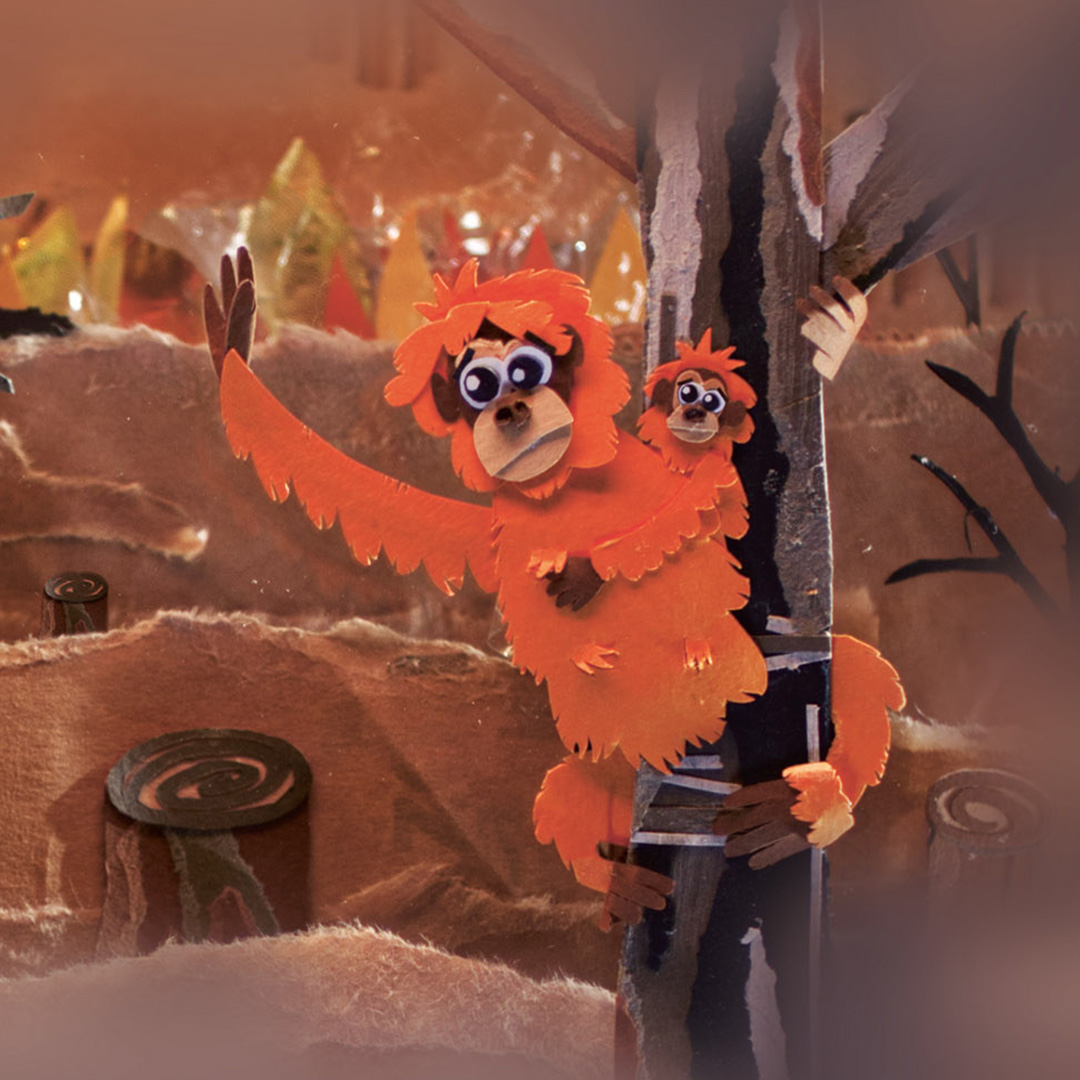 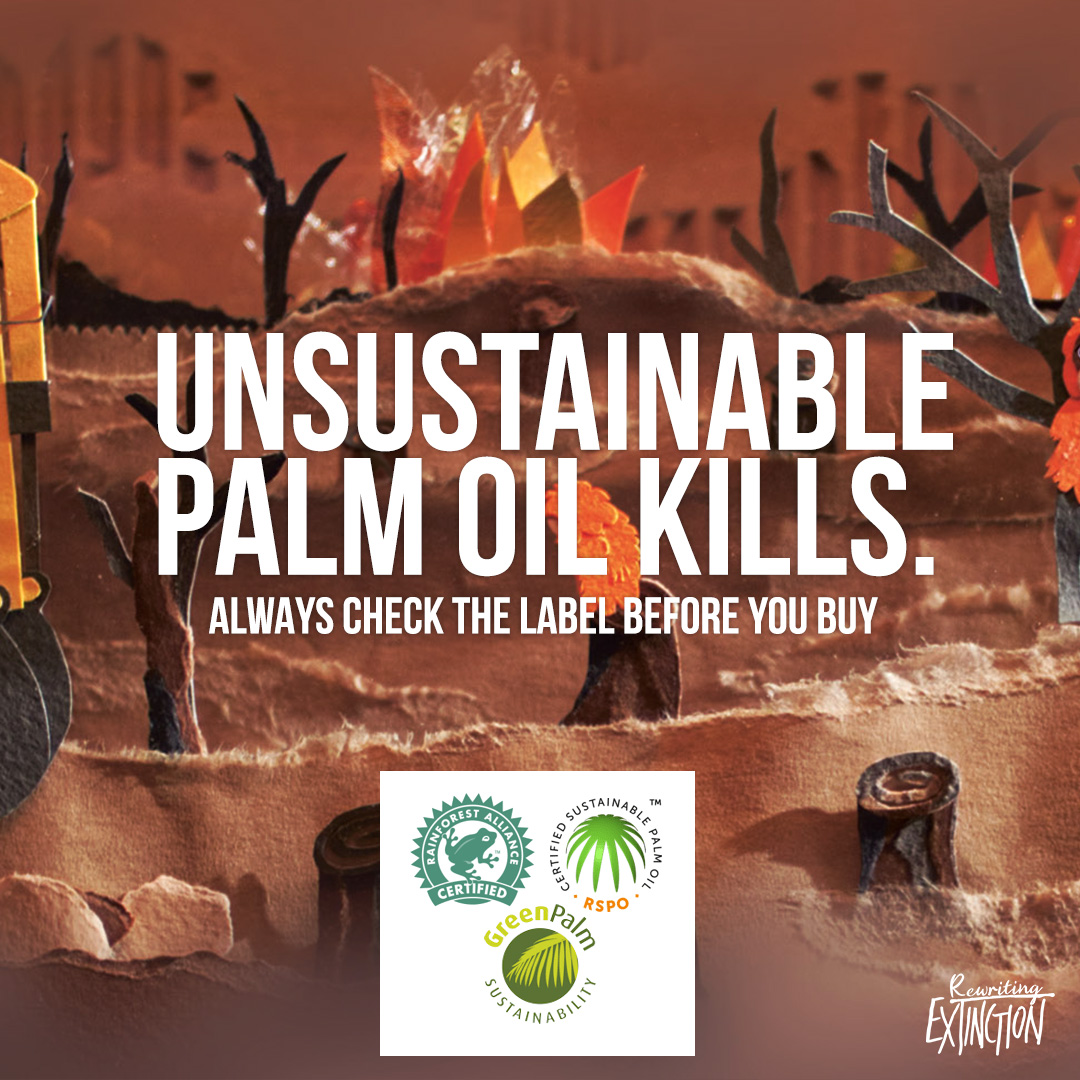 The true cost behind everyday products

Ever since the concept of money got invented about 7.000 years ago, it has become an important part of our lives. We need to spend money to eat, to dress, to communicate and to feel good.

But we all know that in our current society we do not only consume to survive, we consume many things because we like them.

While there is nothing wrong with buying something that makes us happy, we should always ask ourselves: What did the item truly cost?

Because for many things that we buy, no matter if it is food, clothing or luxury items, the price tag goes way beyond the actual money. With every item in our shopping carts, we also spend resources, labor, and emissions. Often a simple purchase has a dramatic effect in other parts of the world. Here are three examples: 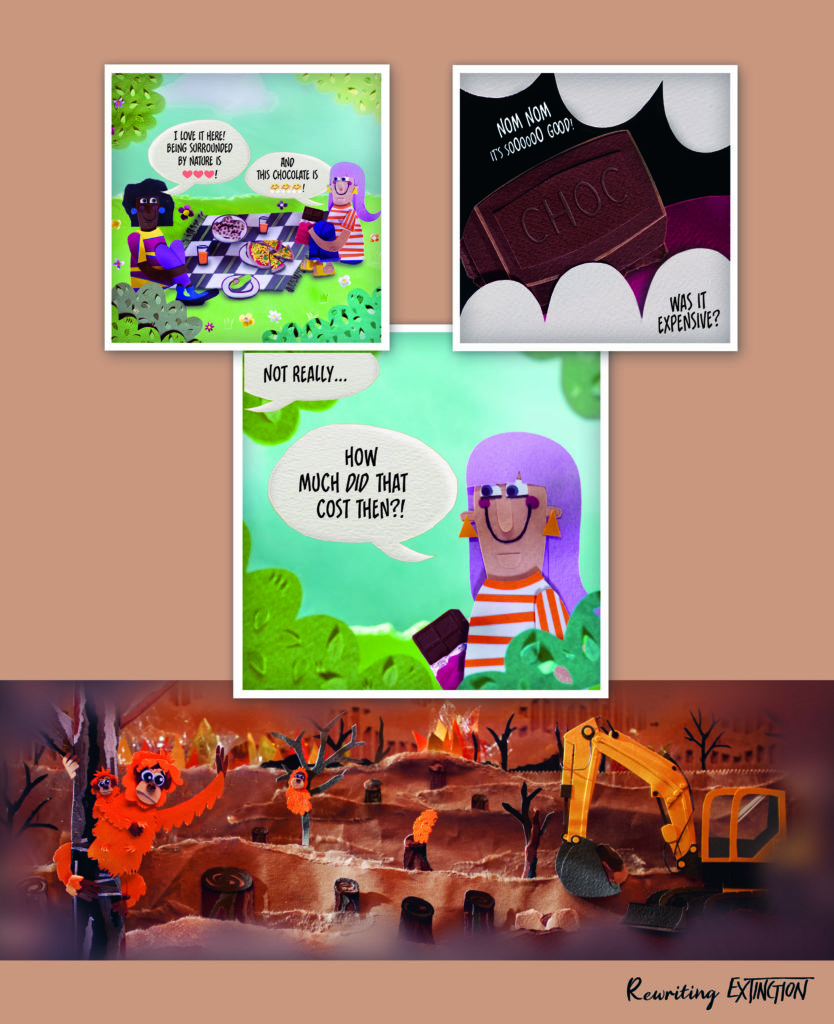 Don’t we all love chocolate? It is delicious, it is sweet and can be used in so many different dishes and desserts. Unfortunately, it also comes with an immense negative impact on the environment.

First up, commercial chocolate production uses big amounts of palm oil. It is found in many chocolate products, for example in spreads like Nutella, etc, to make them creamy. Palm oil plantations are one of the biggest reasons for deforestation in parts of Asia, Africa and South America. For example, the largest exporter of cocoa, the Ivory Coast, has lost 80% of its forests already. This leads to the destruction of land and habitats, especially as many of the original forests are destroyed with fire.

The palm trees are also highly flammable and fires are common, leading to further damage of the environment and everyone living nearby. The chocolate industry causes about 2.1 million tonnes of greenhouse gases every year, according to a study of the University of Manchester. This is about as much as an entire city.

But chocolate has more problems. In many cases, the production of cacao is rooted in old systems set up during colonization and are heavily dominated by companies led by white men from Europe and North America. The local farmers who actually work in the fields, often under hard conditions, are paid almost nothing. Slavery, human trafficking and child labor are also common.

On top of the problematic growing conditions, chocolate has to be imported from the tropical places where the cacao grows, it is usually packaged in small amounts with a high rate of plastic waste and most chocolates are also very unhealthy. 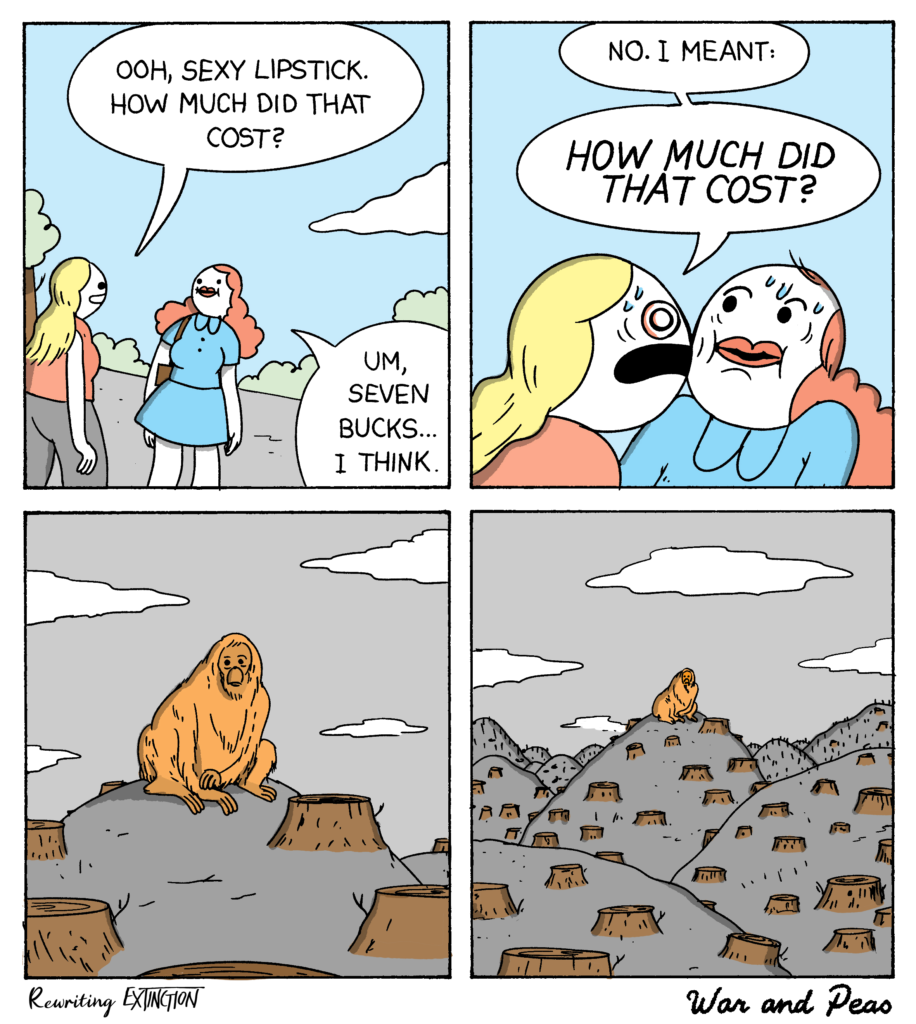 Much like chocolate, make-up often uses palm oil. It is often found in cosmetics for its moisturizing and texturizing properties. It is also relatively cheap because you can use the entire palm fruit. Still, it is unsustainable.

The demand for palm oil in the food, cosmetic, and pharma industry is so high, that there are now many plantations. Those are not only monocultures but also cause deforestation and the destruction of the natural habitat of people, animals and other species.

Other ingredients are also dangerous. Toxic chemicals are used that harm the environment, especially if it ends up in the soil or oceans. Microplastic beads are also common, for example in peelings and other cosmetics, but also in laundry products and more, end up in the ocean where they cause the death of animals that eat them. Broken down they become microplastic that can be found everywhere in the world, including the deepest ocean trenches and even human embryos.

But make-up has more problems than just the ingredients list. Many cosmetic products are still tested on animals, even though this practice is no longer necessary.

If the cosmetics use natural ingredients they are often grown in monocultures, under bad social conditions, and are heavily sprayed with pesticides. And the packaging is usually made out of plastic and not re-usable.

Besides the environmental impact, many cosmetics (especially in the US) are not properly tested and contain harmful chemicals for the skin and overall human health. Some of them even cause cancer. 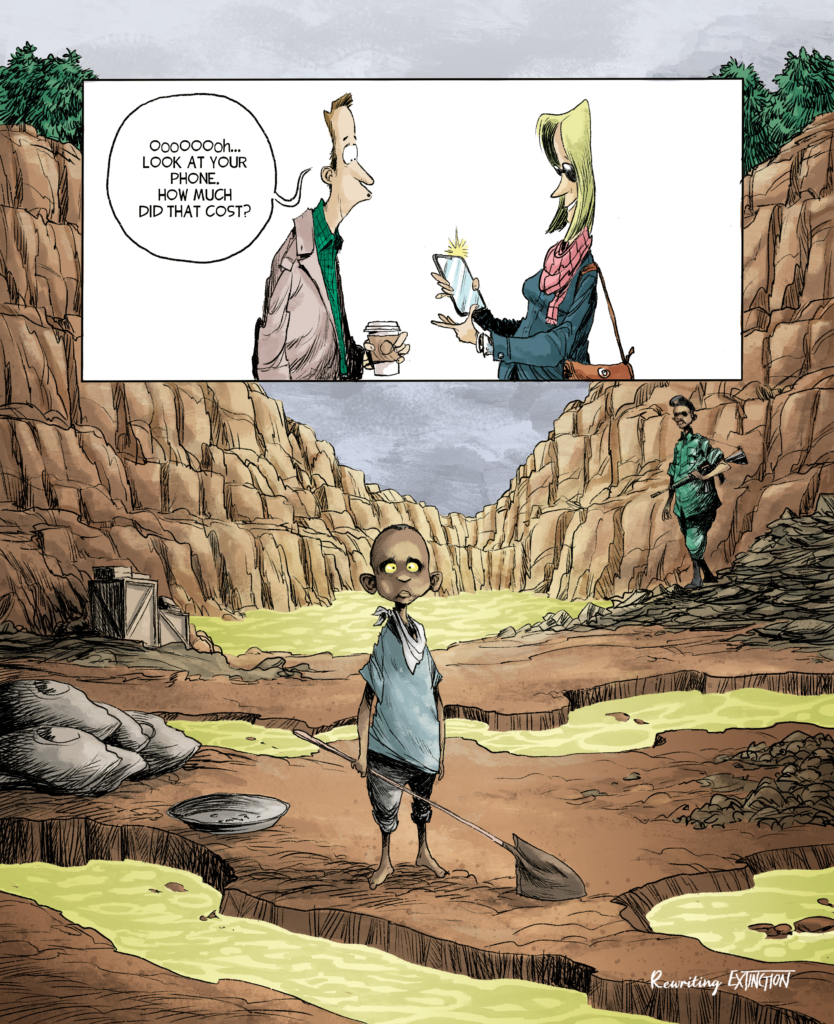 Everyone has a phone these days. You might even be reading these words on your phone. But the truth is, these devices that help us produce funny TikToks and stay in touch with loved ones across the globe, are coming at a heavy price. They are producing the highest number of greenhouse gases out of any other consumer electronic device.

Phones are not cheap, neither financially nor environmentally. By 2017, over 7 billion smartphones have been produced and since then four years of new and newer models have passed. Most of the old phones, even if they still work, end up in the landfills, letting their toxic chemicals merge with the soil and piling up as waste that is very hard to recycle, reuse or degrade.

To produce a smartphone you need precious metals, which are dug up from the earth in huge mining operations that cause great harm to the planet. In fact, in each phone, you will find 16 out of the 17 rare-earth metals. And most of them are not mined in a sustainable let alone a fair way.

Gold mining for the tech industry is one of the main causes of deforestation in the Amazon and in countries like Congo and Rwanda the mining often takes place under horrendous conditions, often associated with modern-day slavery.

Besides the chemicals and the metals phones also contain high amounts of plastic made out of crude oil as well as silicon wafers. Lithium batteries are also a big problem, as it is toxic waste and the mining intoxicates huge amounts of water in countries like Chile.

While one phone does not cause a lot of damage, multiple billion phones do, especially if they are not kept for a long time. As reparations are almost impossible or very expensive, phones end up being exchanged very rapidly, causing an alarming impact on the planet.

I still want to consume those products – what can I do?

Chocolate, cosmetics and phones are not the only items with a bloody and/or toxic history that causes great harm to nature, animals and ecosystems.

The easiest way to do better is to ask yourself every time you buy something new:

Chocolate can be reduced or only bought by fair companies. Always have a look at the ingredient list and avoid chocolates with palm oil.

Cosmetics can be reduced as well. We should pressure politics into a law that forces this industry to disclose what is inside the products. We should not use sunscreen and other cosmetics with toxic chemicals. Question the brand you are using. Use up the products that you have (except those with microbeads and sunscreen with toxins).

Phones can be kept for longer than one or two years. Yes, reparations are expensive, but they are possible and a better alternative than a new phone. Take good care of it, so it does not break easily. Do not get tempted of buying a new phone. Your device of two years is not outdated. If it still works, it should not be replaced.

And finally, educate yourself and others on the issues, so that more sustainable and fair solutions can be found in the future and the pressure on companies and politics becomes stronger.

How you can help

Other ways to help